Find our about the Power of positive and negative emotions on water and how this translates back to us. 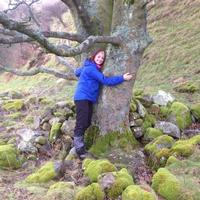 Jo is an Energy health therapist in Cambridge, with a Diploma in Bioenergy healing, specialising in the horse and rider She now treats all pets, animals and people alike using Energy therapy, helping to unblock energy and re-balance the body allowing for self healing to occur. She trains horse and rider, helping to connect Heart to Heart together She wants to share her knowledge and experiences with you.

More by this Author 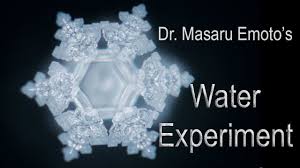 The Power of Positive and Negative Emotions on Water

Quantum mechanics shows us how our observation (thoughts and feelings) affects matter. In the famous double slit experiment the scientist’s observations of electrons caused them to behave like waves when they ‘should’ have behaved like particles. It was one of the first experiments that gave us an in site into the ‘weird' and wonderful nature of the quantum world.

When you recognise our bodies are comprised of 85%  water and look back to Emoto’s crystals,  it’s no surprise scientists have found our thoughts affect our DNA and these two experiments have been followed by many more proving the case.

I will be sharing more information on the latest quantum findings, what it means for us in regard to our bodies and connection with the universe and how we can improve our health knowing this information in our blog.

Your E-mail has been sent. We will be in contact with you soon.

Please refresh the page and re-submit the form.

SORRY
Your content caused an error and your email has not been sent.
Please remove any unusual characters and try again